During the Covid-19 pandemic, many pleasant activities such as restaurant or gym visits posed substantial health risks both to ourselves and others. To engage in those activities, we systemically underestimated health risks, a new PhD thesis from Lund University argues.

The research shows that when provided with an incentive – a gift card for a café – subjects of the experimental study not only visited that café more often, but also convinced themselves that the risk of a café visit is low. They downplayed the risk of Covid just before their visit to justify engagement in the risky activity.

How do people assess risks? This is an important question with great practical relevance during the Covid-19 pandemic as many habitual activities that involve social interactions suddenly posed a health threat. Owing to their importance, both social scientists and psychologists have studied risk assessments and their formation long before the pandemic (e.g., Loewenstein & Mather, 1990; Slovic & Lichtenstein, 1983; Viscusi, 1990). All this work builds on the assumption that subjective assessments are formed with an attempt to be accurate.

The research by Islam (2022) questions this assumption. He demsontrates that risk assessments can be outcomes of “wishful thinking” implying that people believe what they want to believe rather than what they should believe based on the information available (Epley & Gilovich, 2016; Kunda, 1990). In the study presented in his dissertation, Islam (2022) investigates the formation of risk assessments in the context of the Covid-19 pandemic by making use of the fact that pleasant social activities during that time became risky both for oneself and for others.

The evidence of the study stems from a field experiment. In the Spring of 2021, 434 unvaccinated students from Lund University received an incentive in form of a café voucher where each student was assigned to one of two groups. In the treatment group, the students received a 100 SEK voucher; in the control group, the students received a 100 SEK voucher. In addition, each student participated in multiple surveys at different points in time: before the voucher was introduced, after the voucher was introduced but before it was redeemed and 15 days after the introduction of the voucher, when it expired. Those surveys had the purpose of measuring the students’ risk assessments.

The results of the field experiment show that before the distribution of the voucher, students of both groups perceived café visits during the pandemic similarly and as relatively dangerous. Two weeks later, however, the risk assessments in both groups differed significantly. While students with the 15 SEK voucher perceived the risk of a visit as greater than two weeks earlier, consistent with the increase of Covid infections over that time, students with the 100 SEK voucher perceived the risk as smaller. The explanation for that finding lies in the fact that students of the treatment group developed a desire to use their voucher that was five times stronger than in the control group. Almost 50% of the students in the treatment but only 10% of the students in the control group redeemed their voucher. To give in to that desire and justify a café visit, the students in the treatment group downplayed the risk associated with Covid. Interestingly, however, this downplaying did not happen after but before the café visit and students of the treatment group were not better informed about the dangers of a café visit than students of the control group. This finding is important because it suggests that risk assessments are not necessarily formed with an attempt of accuracy. Instead, risk assessments can be outcomes of wishful thinking and serve the purpose of legitimizing risky behavior.

Figure 1: The left panel of the figure depicts the perceived risk by treatment group at the beginning of the study and at the end. The right panel depicts the downplaying of risk for the students who used their voucher to visit the café.

The study also provides more detailed insights about which part of risk the students downplay. It distinguishes between the risk the student perceives for herself and the risk the student thinks to impose on others. It is the latter that students downplay most suggesting that personal benefits can displace concerns about others. Lastly, the research identifies so-called “spillover effects”. Students who convince themselves that cafés are save enough to justify a visit also start to believe that the risks of other activities such as gym visits or travelling are low. The effect of “wishful thinking” can therefore have extensive consequences.

Although the study chooses a monetary incentive in form of a café voucher, it seems likely that the results would also extend to settings of non-monetary incentives, such as the entering of supporters to sports events or a personal invitation to a wedding during the pandemic. As such, the study provides an important argument against too liberal Corona policies and for rigorous testing. It shows that without clear rules and guidelines, people tend to interpret contextual incentives egoistically with the result that risks can be underestimated.

The doctoral thesis by the Marco Islam (2022) includes three additional studies all of which build on economic experiments similar to the one described above. The first investigates potential motivations for employers to implement a female quota at the workplace. It finds that there exists substantial demand for such quotas and this demand is often driven by deeply intrinsic preferences. The second study identifies an empirical puzzle: Different economic research has explored whether people donate more or less when a donation is made in the future rather than immediately.  Surprisingly, the evidence from these analyses is mixed and inconclusive. The study by Islam (2022) collects all this work and analyzes the reasons. The last study of the dissertation investigates why people discount future outcomes, that is, consider $100 in one year to be worth less than $100 today. Previously, economists have assumed that such form of time discounting reflects a person’s impatience as it is unpleasant to wait. The work by Islam and his co-authors, however, suggests that impatience plays only a minor role. A more important reason for the discounting is the uncertainty of the future – the fact that outcomes in one year are considered less likely to materialize.

This research was undertaken as part of the author’s PhD studies at the Department of Economics at Lund University. The doctoral thesis includes three additional studies all of which build on economic experiments similar to the one described here. 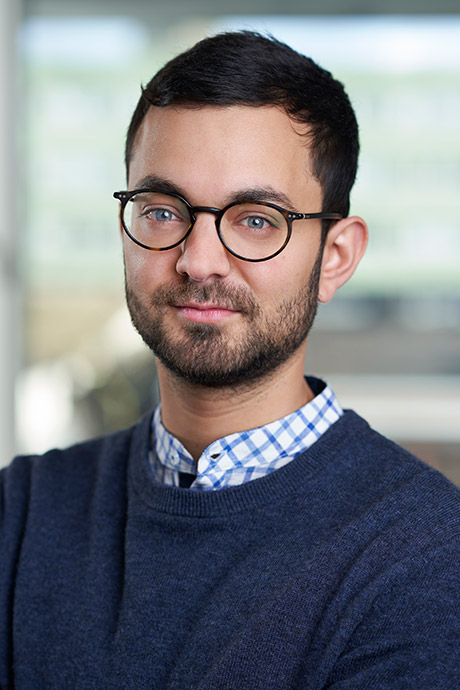