The researchers involved within the area are presented in connection with each specific project.

While the fertile study of immigrant entrepreneurship has prospered internationally, research on the phenomenon in Sweden has barely scratched the surface. It is what we could call a blank page with fragmented “bits and pieces” filling the voids at the moment. While this is a start, researchers and policy makers are relying on studies which were conducted with the United States, the United Kingdom and to some extent the Netherlands in mind. The Swedish immigration picture as we know is different to these countries and while studies from these countries may be relevant in some areas, they also fall short in others. Highlighting aspects of immigrant entrepreneurship in Sweden and thus building upon our knowledge base and understanding, is of paramount importance: The more we understand the more we can do to build upon and support the actions of these individuals, who are not only contributing to themselves and their own communities but to the economy as a whole.

The research programme builds upon what we already know about immigrant entrepreneurship in Sweden and attempts to contextualise previous international findings into the Swedish milieu. What we will show in the body of this research program is that the research opportunities in this area are plentiful, diverse and most importantly are valuable contributions to the field.

The research program aims to contribute with critical insights that benefit both the academically community as well as the surrounding society.

Immigrant entrepreneurship and the transformation of the welfare state 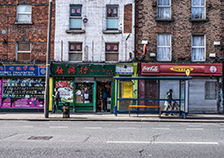